This summer has been nothing more than coming & going. All but 4 of the kids had trips, or camps to go to this summer. The girls each had more than one trip. Ashley has the annual Jr. High Camp in Estes Park. Since she is a Senior(or was) she went as a counselor. Today, she flew to the Appalachia's in Kentucky for a 10 day mission trip. 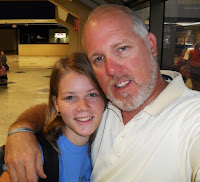 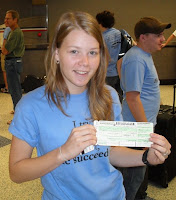 Here she is with her boarding pass. Scott had her at DFW airport at 6:30 this morning. He just got back from Kids Camp yesterday so getting up & out so early was not easy!

There are 12 others going with her. They are looking forward to ministering to the people of the Appalachia's. It is no secret that they are a poor people in great need.

Here is the group circled up & getting instructions from Jason their Youth pastor. These kids all had to raise over $2,000 for this trip.

This trip is actually starting to close out our summer. It has been busy & hectic since the first week of June.

While Ashley & Morgan were gone to Estes Park, CO we took Sarah to Garden Valley, TX. She had a 2 day training before we went to Alaska for 10 days. She had worked very hard since about March to raise her money & make the arrangements for the trip. We took her on Sunday & they trained Monday & Tuesday and then flew out on Wednesday. She enjoyed it so much that she now wants to be a missionary in Alaska. Here is her story of her experience in Alaska. www.alaskatrip09.blogspot.com
She also has some great pictures on her photography blog, Through My Eyes. 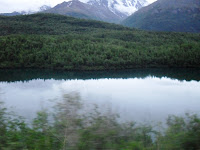 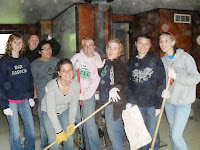 The Work crew
Once Sarah got back Scott & Morgan left for Memphis Tennessee for a mission trip. Scott was asked at the last minute to go & he is so glad he did. Their group put a roof on the homes of a single mother's home who could not afford it. Scott said that you could see inside the home where the water ran in and down the walls when it rained. She was so excited that the group was there & they loved being a part of her family's life that week. She had 5 children. 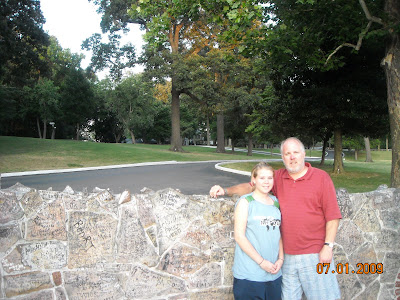 3 days after Morgan got back, she packed up again & got in SUV's with several other 8 th grade girls & 3 counselors from church and drove to Buena Vista Colorado. These girls were on the 8th grade leadership team called Kenosis. This trip is meant to be a "thank you" for all the hard work they did through out the year in the church. We really saw Morgan's heart grow in service to others this past year. It is real important to her to do all she can to encourage and help others around her. So nice to see that in our children. 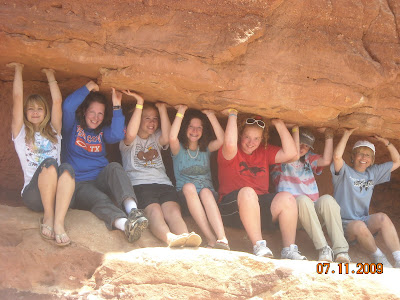 Morgan got in on Sunday & Scott, Sarah & Ben left for Children's camp on Monday morning. This is Scott & Sarah's second year to go as counselors but Ben's first year to go as a camper. He had a blast. He was so busy he barely had time to change his clothes or socks. The smell in his suitcase was proof! 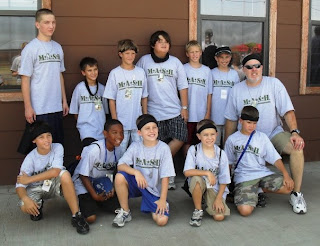 Here is Scott with his group of 4th grade boys. Ben was in his cabin, but in a different group. They had lots of fun at the camp. There was plenty to keep them busy in between their Bible studies.

Here are pictures of Ben climbing the rock wall. They had a nerd prom one night in which Ben dressed up quite well for. Scott did too, but those pictures haven't been released yet & don't you know I will be posting those also! Sarah made a very good nerd also. 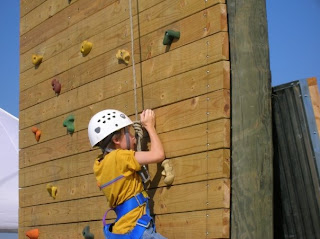 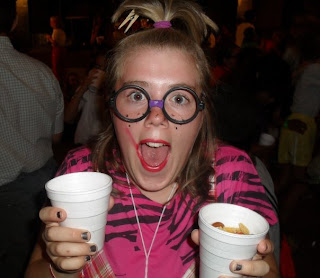