It was "Over the Top"

When I responded to an email from Book Sneeze concerning winning free tickets to the Women of Faith conference, I simply thought it would be fun to take my daughter with me because I knew how much she has wanted to go.  The last time I had been, I didn't enjoy it as much as I thought I would.  I was really surprised when I found out that we got tickets to go.  I knew that  Ashley would be so excited.  This was all for her.  The Lord had other plans.

The day started off rough because we needed to take Ashley's car, but it had been in the shop & wouldn't be out until that evening...after we had already left for the conference.  We were able to borrow my mother-in-laws car & made it with time to spare.


(Just a warning, most of my pictures are bad.  I borrowed my daughter's camera.  Other pics I snagged off of the WOF website)

Our seats were on the floor!  We were so excited to be so close to the stage. 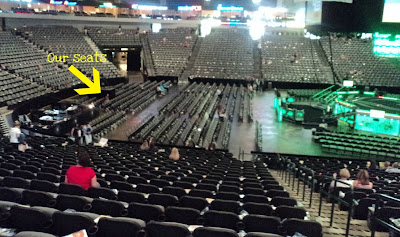 As people began to fill the arena, we realized that we were not as close as we thought.  But it was still a lot of fun.  The Woman of Faith team walked right by us everytime they came in or left. This was our view BEFORE people sat in the seats in front of us.  Not bad! 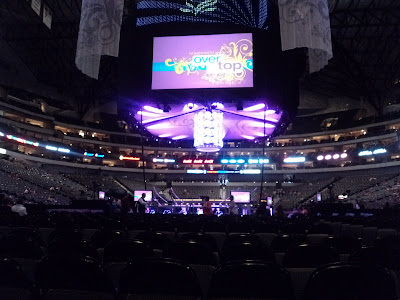 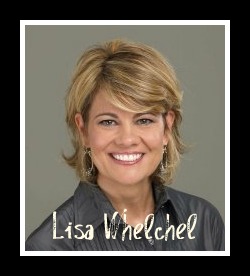 The first speaker of the night was Lisa Whelchel.  Several years ago I had the pleasure of not just meeting Lisa, but praying with her my first year as leader of Mom2Mom. She was our first guest speaker of the year & was wonderful.  She was no less wonderful at the conference either. Lisa spoke on friendships & her desire for a best friend.  Her simple talk pierced my heart as I found that I could relate all too well to what she spoke about.  I have not had what I would call a best friend since Scott & I married.  I have a lot of absolutely wonderful friends that I can call on to pray for me, but I wouldn't call them "best friend"  It didn't take long for my tears to begin flowing as Lisa spoke because I too had desired to have a best friend.  I was so encouraged by her as she shared what true friendship really is.  Real friendship is found in someone who lets you be yourself, listens (not advises) & knows how to just be with you.  A real friend will watch you blow it & not judge, but love.  I realized that for me, my desire for a best friend only arises when I am not seeking the Lord as I should, I am seeking the approval of others.  I am so thankful for Lisa's message to remind me of what I already knew, but had misplaced.

Mandisa is my new favorite music artist!  She gave a mini concert, but more than that she shared from her heart how her God has strengthened her in the midst of trials.  She reminded me that God does give us more than we can handle so that we will go to him instead of try to do things on our own.  Her passion for the Lord is so evident as she sings like no other for her Jesus!  She was a bloessing all weekend! 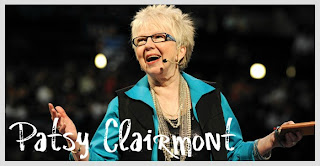 Saturday morning started off with a bang as the worship team sang.  It was wonderful!

The first speaker of the morning was one of my favorite WOF speakers...Patsy Clairmont!  She packs a punch with every message she gives.  She has had a rough year as she sat by her son's bedside, not sure if he would live.  He lived and God gave her a wonderful story to share.  Patsy shared with us what she has learned from her trials.  She learned that prayer really matters & makes a huge difference.  Never underestimate the power of your prayers.  She learned that people matter.  People would reach out to her in the smallest of ways & they would minister to her in really big ways.  She learned that change can be good, no matter what it looks like.  I don't like change & I don't deal with it very well, but here we are dealing with big change in our family again.  Her words were perfect for me & really encouraged me.  Last of all she encouraged us to never give up.  If the doctors would have given up, her son would be dead.
I wrote a little more about how the Lord used her message to speak to me that night in a previous blog post. 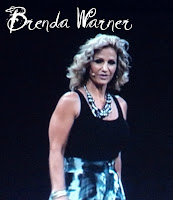 Brenda Warner was the next speaker.  I have to be honest, I had no idea who she was or who her husband was.  I'm not a big football person.  But that didn't matter.  Her testimony was wonderful of how God has brought her through so much.  She was a great encouragement to not give up, strap on your boots & just keep marching! 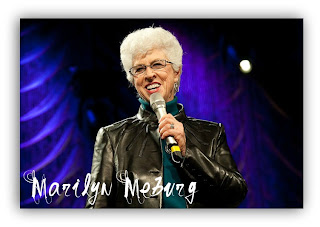 After Brenda was Marilyn Meburg.  I have always loved Marilyns dry sense of humor and ability to go deep in the Word.  Marilyn was the icing on the cake. She spoke about how we all have cravings for more.  Those cravings are authored by God, meant to draw us closer to him.  Only Jesus can satisfy our cravings & longings.  She presented to gospel in a way that I know was understood by many.  No big churchy terms, just simple.

The music by Mandisa, Sandi Patty & Amy Grant was wonderful.  It was cool to see Amy Grant & Sandi Patty on the stage together.  When I was a teenager I would go in my bathroom, grab my curling iron & sing "My Father's Eyes" to my make believe audience. So that was really neat for me to see her perfom in person like that.

Each woman had an individual story, but all had something in common; God was their lifeline.  Their faith was strengthen through their trials and the results are a relationship with Jesus that goes deeper with each day.

I'm so thankful that Ashley & I were able to attend.  The Lord had a wonderful word for me & I heard it loud & clear.