Her Name is Joy 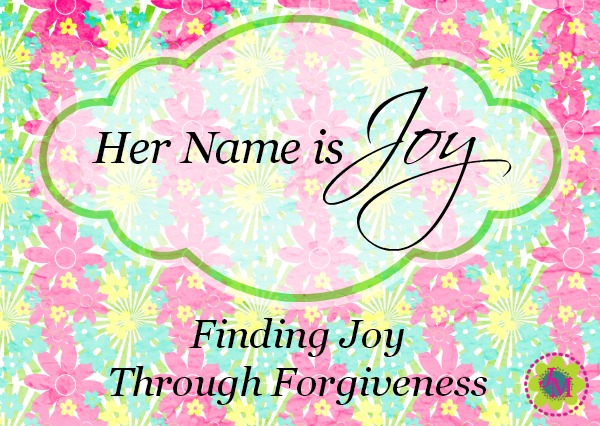 As a teenager her life was reckless and her heart rebellious.

The shame she carried was like an over stuffed suitcase, carrying it everywhere she went wondering if others could see it too.

Her life took a turn in the right direction when she met a man who was like none of the others in her past.  She told him her secret and instead of turning away from her he turned toward her and loved her. It was a love she had never experienced before, a love that was full of mercy and grace. His love for her was healing and together they learned the important gift of God's forgiveness.

They married and had 3 children.  Even though she knew she was forgiven for aborting her baby, the pain remained and she rarely spoke of her past.

Years later when her children were grown an opportunity arose to help young women at a local crisis pregnancy center.  Her intentions were to only volunteer at the Center to help keep shelves stocked and to do the jobs no one see's.  She had become very good at doing little things that matter greatly but no one ever saw. Thankfully, the Lord had other plans for her.  Eventually she told her director about her past and offered herself to help young women considering abortion. This was a huge step for her.

Over the span of a few weeks as she worked through a Bible study in preparation to lead others through it she came to find complete healing and freedom from her past.  This freedom she experienced produced a joy in her heart that she could not describe. This joy brought healing from her past. This joy represented the forgiveness she lived in and the grace that covered her.

As she came to the end of the study she was to name the baby she had aborted. She knew exactly what name to choose.

She named her Joy. 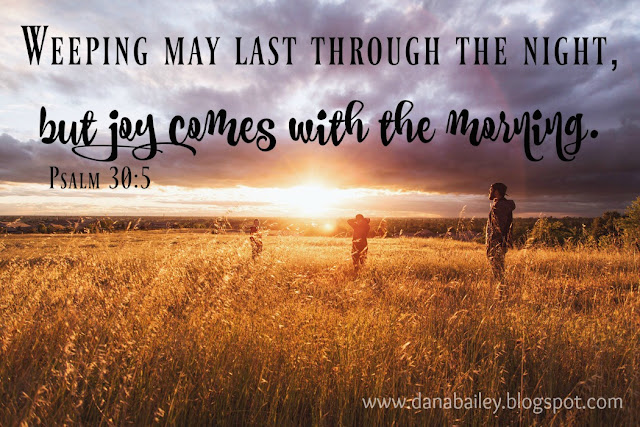 How fitting to name this baby in such a beautiful way as if to say, "Through my sorrow, you have brought me joy".

Joy would have been my big sister.  How appropriate is it that as my own mother is walking this spiritual journey with the Lord, I am walking through my own and we are both, though walking separate paths, walking in joy.

Though our paths are different what is the same is the joy of the Lord that comes after the mourning, suffering and trials.  Sometimes it comes while still in the midst of the trials, like I have experienced.  But joy is there for us!

This joy that brings healing, protection, causes our heart to sing and our soul to worship.


This joy is ours!


I pray as you walk the path the Lord has laid out for you, whether it is one of difficulty, heartache or ease you will choose his joy to carry you through.

If abortion is part of your past and you still struggle with healing from it, please seek help.  There are many ministries available to counsel and encourage women who once chose abortion. Many towns have Crisis Pregnancy Centers who offer counseling and most churches have resources to share.

Below are a few ministries who offer help to women.
Hope for the Heart
Safe Haven
Rachel's Vineyard