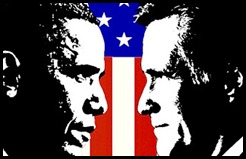 I really don’t know why I am writing this post except that it just keeps rolling around in my head. Many posts roll around in my head, but most never get published because I am just not ready to let them out or am not satisfied with the way I am wording my thoughts. So if you are reading this, it means I went ahead & hit the “publish” button.

Here we are only days away from possibly having a new leader for our country. It is exciting and then again I’m so ready for it to be over with.  It seems as though we have been talking about this for 4 years.

So, why am I writing about this? It definitely isn’t a typical topic for me.  I think our voting is really important.  I live in Texas where my vote, no matter who it is for, in a way really doesn’t matter because our electoral votes are cast for Mitt Romney. My husband at this point would get very loud as he explained that my vote still matters & not to say that. I love him.

He is quite passionate about this election, as he should be.

To me, my vote is not just political, but is a spiritual matter. Scripture tells us to render to Caesar what is Caesars’ (Matthew 21:22) and that is where voting comes in.

But I’ve had a problem.  I didn’t care for either candidate, but I didn’t want to NOT vote. That doesn’t accomplish anything either.

I already knew I wouldn’t vote for our current President. For so many reasons I could not vote for him.  But, I also didn’t want to vote for Romney.  He was not my first choice at all.  So, I struggled with how to vote.

As a Believer, I knew my vote had to be for the one who held closest to the biblical standards we live by. So, this is how I decided who to vote for. There are 4 things that are really important to me in a President, 4 things I look for. Below are those 4 things and the scripture I believe supports them.

I will vote for the most pro-life candidate, because God hates the shedding of innocent blood.

Proverbs 6:16,17, “There are six things that the Lord hates,seven that are an abomination to him:haughty eyes, a lying tongue,and hands that shed innocent blood.”

I will vote for the most pro-Israel candidate, because God blesses those who blesses Israel & curses those who don't.

Genesis.12:3, “I will bless those who bless you, and him who dishonors you I will curse, and in you all the families of the earth shall be blessed.”

I will vote for the most pro-debt reduction candidate, because the borrower is servant to the lender

Proverbs.22:7, “The rich rules over the poor,and the borrower is the slave of the lender.”

I will vote for the most pro-marriage candidate, because God is for marriage as defined in scripture.

Genesis 2:24, “Therefore a man shall leave his father and his mother and hold fast to his wife, and they shall become one flesh.”

There are so many other things I could say here, but I refrain.  I know that whoever wins this election was put there not just by votes, but by God.  I don’t have to agree with God’s decision or understand why, I am to trust Him & His way.

Also, I am not saying I believe Romney to be a Christian. He is Mormon and even though they are excellent people in the way they live their lives, they live according to a different gospel, not the gospel of Christ.

So, I guess I am writing this post to encourage you to vote.  Vote for the one of whom you believe best represents a biblical worldview.  As much as I would love to see a committed Christian become our president, I know that our nation can’t handle, nor would elect one. Thankfully, God can use whoever he wills in spite of their spiritual beliefs…or lack thereof.

He changes times and seasons; he removes kings and sets up kings;he gives wisdom to the wise and knowledge to those who have understanding.” Daniel 2:21