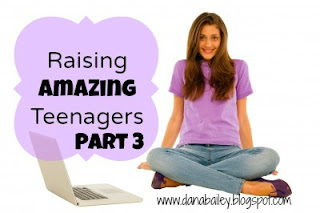 Here is the 3rd post in my series on teenagers. I know there will be at least one more, maybe two. This post covers very basic, but important qualities; honesty, laziness & friendships. Proverbs is my favorite book for parenting guidelines.  You can read part 1 & part 2, if you missed them. 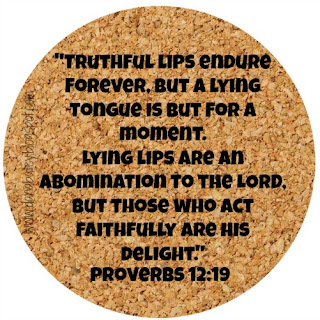 Proverbs 12:19, Truthful lips endure forever, but a lying tongue is but for a moment. Lying lips are an abomination to the LORD, but those who act faithfully are his delight.”


Every child is going to test the limits of their parents and often that is done through lying.   We did our best to teach our kids lying will only make life harder for you.  Even if parents don’t find out you were dishonest, the Lord knows and there will always be a consequence.  It also helps to have a house full of siblings who are always watching and will rat on you.
“Truthful lips endure forever” .  I used this verse as an example to my kids if they tell the truth all the time, I can believe what they say all the time.  But if I catch them lying, then I will always doubt what they say to be true.  This rang true one time when my son needed me to believe him as he explained a situation where he was being blamed for doing something that he really didn’t do.  Even though I defended him to the extremely mad parent who was standing on my front porch demanding my son replace the broken phone her son said my son stepped on, in the back of my mind I doubted my son’s story.  It wasn’t until months later when that particular friend admitted that my son didn’t break his phone.  It took time for my son to earn back the trust of his word because he had lied to me I the past.  He learned the importance of honesty all the time, no matter what.

Laziness is not an option 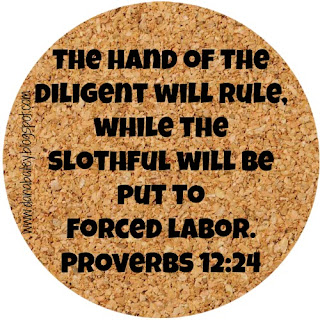 The hand of the diligent will rule, while the slothful will be put to forced labor. Proverbs 12:24


If everyone is working to help mom get ready for company that means everybody.  If one kid decides they are not in the mood to clean and they want to play video games instead…that just didn’t work for me.  I never wanted my kids to be comfortable watching others work around them.  They needed to get involved and help.  And once again in a house full of siblings, if you try to be lazy you have to deal with the others, and that is never pretty. J Tackling the laziness resulted in curbing attitudes of entitlement.  The kids who learned the important of work were also less likely to feel they deserved whatever they wanted.

Friends are important so pick godly ones. 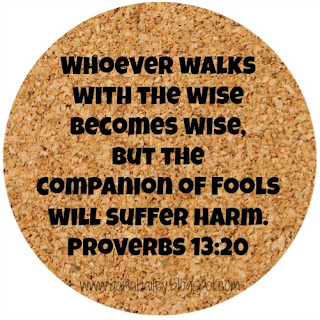 Whoever walks with the wise becomes wise, but the companion of fools will suffer harm. Proverbs 13:20


We homeschool our kids and always have, so this has made it a little easier to make sure my kids had good friends when they were younger.  But when we moved from the country to town into a neighborhood all of a sudden I had no control over my kids friends.  They loved everybody & brought everybody over!  I was ok with that, I loved having my house full.  But, I quickly realized these kids were coming from very troubled homes; things my kids took for granted, these kids didn’t know were possible, like a home cooked meal every night or mom and dad living together and liking it that way. It didn’t take long to see the importance of creating some boundaries.  My kids could play with those kids, but only at our house or out front of our house.  They were not allowed to go into their homes.  They were never allowed to spend the night or go anywhere with the kids out of our neighborhood.  At first my kids didn’t understand these boundaries but over time they realized why we were doing this.  It was to protect them.  As teenagers & older they better understand now the importance of godly friends.  This has been very difficult for them and often they find themselves alone in a room full of people.  They each have at least one special friend of whom they can depend on and I am thankful for that.

Teach your children the importance of good friends who love the Lord.
at Wednesday, August 28, 2013