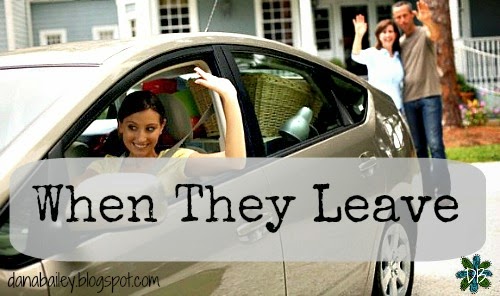 When my kids were all little I would hear older moms remind me to enjoy these days with my kids because one day they would leave. There were days, of course, when I thought they would never leave.  But there were even more days when I knew they would and I did not look forward to that day.

Since we homeschooled, my kids have always been with me. My days were filled with moments with my kids, good & bad of course. I remember watching them play together, fight together, eat together, just be together and would treasure in my heart those moments because I knew...someday...they wouldn't always be together.

I'm here. I have arrived.  Actually I arrived about 2 years ago, but it is really setting in now.  My kids are growing up and leaving home.

When we had to move 2 years ago, Sarah moved in with friends.  That was hard, because I didn't feel like she was ready but it was a situation that was out of our control.  She loves the family she is with and they love her being there.  BUT...she is only 10 minutes away and visits often.especially around dinner time.

A few months after we moved, Ashley was offered a live in nanny job...20 minutes away. So, she moved in with the family and now we only saw her on the weekends. 6 months later that job ended and she took another job as a live in nanny an hour away.  So, now we rarely see her.  It took a while to get used to her not being around. It was hard on momma.  Still is.  I love when she visits, because we just don't get to see her enough. Thank goodness for Facebook and cell phones because she is only a call or text away.

I never expected my girls to move out before they got married.  I had hoped they would live at home until that happened.  But it just didn't work out like that, and I am still learning to be ok with that.

When your little boys start to grow up something happens.  They stop wanting & needing mom as much and start needing Dad.   I was all good with that when my boys started pulling away from me.  But the God given desire to leave & start their own life...that I haven't not been as good with.  Once again, I knew it would happen. 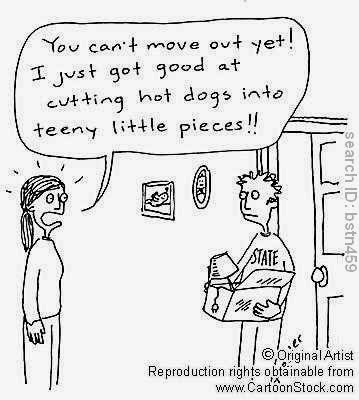 Josh has been gone 2 weeks now.  He and a friend of his drove out to West Texas looking for a job on the oil fields.  The day before he left it really began to settle in that he was moving really far away.  No weekend visits. No stopping by for dinner. He would be gone.This week he finally got the official word.  He starts his new job on Tuesday.  I'm proud of him for stepping out like this & leaving.  He has already made friends with a family out there who are letting him stay in their RV until he can afford his own place.  Leave it to Josh to move 5 hours away from Momma and find another momma to cook for him.  I'm tellin' ya....that boy is smart!

The goal of motherhood is to prepare your kids to leave your home. I can only hope I have prepared them well.  But at this point of their life I just have to trust that  I did and leave it all to the Lord.  I know that when I left home I didn't know what I needed to know.  I learned it.  I taught myself to cook, clean, keep a home.  So, I know they will be ok.

We got a text from Josh a few days ago. He & his friend had not heard back about the job they had applied for so they applied somewhere else and were immediately hired.  At first thought we thought this was great, until he told us the company has the worst safety record of all the oil companies out there. They went to the orientation and began watching the safety video's.  Josh told us in the text.
"I began to feel sick. I knew something wasn't right. I had this feeling we needed to get out of there fast. As the man began to talk to us I could hear the Holy Spirit telling me we needed to leave and never come back. So we did"
Can I just tell you this Momma was so proud of her boy, knowing he could still hear the voice of the Holy Spirit.
The next day, the first company they applied with called and said they start Tuesday.  I'm so thankful God revealed himself to Josh, once again, and reminded him that He has it all under control.