Overwhelmed by His Grace 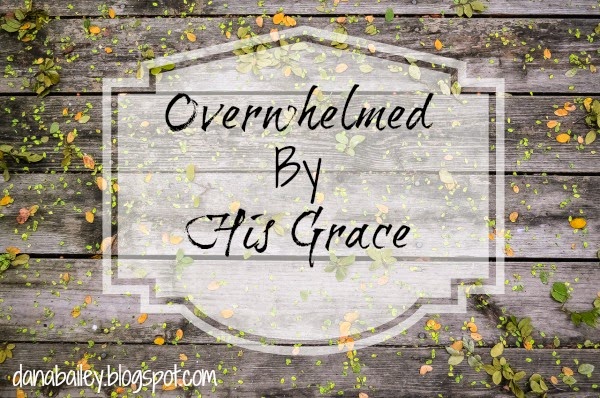 Our day really hasn't been much different that most Friday's.  But yet it is.
My Bible reading this morning took me back to the events that lead up to Jesus arrest, crucifixion and death. If I'm not careful I can read that like I read most books.  Just looking at the words, not taking it in.

I recieved a message from a friend this week who spoke about her son who is autistic and really has a hard time this time of year.  He gets very emotional when he reads the scriptures about Jesus death.  He cries and is very upset. He struggles with separating the past from the present and even though his parents assure him that Jesus is not dead, his emotions are over whelming as he reads what Jesus went through.

I have to side with Jeremy on this one.  I can't read those words without becoming emotional.  And I pray that never changes.

Are you humbled by his life and death?  It was all done for you.

If you can read the account of Jesus death without your emotions being stirred, I challenge you to re-read it & use your imagination.  Put your self in that crowd.  Smell the smells.  Hear the cursing and yelling.  Watch the beating done by the Roman soldiers who literally didn't know who they were beating.


16 The soldiers took Jesus into the courtyard of the governor’s headquarters (called the Praetorium) and called out the entire regiment. 17 They dressed him in a purple robe, and they wove thorn branches into a crown and put it on his head. 18 Then they saluted him and taunted, “Hail! King of the Jews!” 19 And they struck him on the head with a reed stick, spit on him, and dropped to their knees in mock worship. 20 When they were finally tired of mocking him, they took off the purple robe and put his own clothes on him again. Then they led him away to be crucified. Mark 15:16-20

As horrible as it is to read what was done to Jesus, what a blessing to know the story didn't end there.

Sunday we celebrate the rest of the story.  We rejoice that sin was conquered and God's plan for salvation was accomplished.

Let this resinate in your soul.
Immerse yourself in the beauty of God's love for you and the wondrous grace that covers you.
Let it overwhelm you like it does Jeremy. His love for Jesus should insire us all to respond in the same way.

By the way, April is Autism Awareness Month & I am so thankful for the special people the Lord has placed in our lives that bless us and inspire us to love the Lord.
at Friday, April 18, 2014