Blessings from a Broken Phone

"And we know that for those who love God all things work together for good, for those who are called according to his purpose." Romans 8:28

I don't blog much about our personal trials.  Usually those closest to me can read between the lines in my posts.  But I just had to share this with you, because it is just so cool!

The story starts a few weeks ago when my son was playing in a friends garage with some other kids.  They were running around.  One of the kids laid his new phone on the ground & while the kids were running around, my son accidentally stepped on it.  He didn't even realize he had done it, but just the same, the phone was broken.
A few hours later, the mom of the boy showed up on my door step demanding that we buy her son a new phone NOW.  She was hopping mad!  I tried to be as nice as I could, but when she got in my face I popped off, "Well, I"m sorry this happened, but my husband is without a job and there is no way we can buy your son a $250 phone.  We don't even have phones that cost that much!"
She backed off a little & then told us to contact her ex-husband because he bought the phone.
No problem, my husband said.
That night the dad called & he & Scott talked.  They got everything squared away as well as most men can...completely non-emotional.  :o)  The dad could fix the phone & we wouldn't have to pay a thing.
In the mean time, the dad found out that Scott was without a job & decided that he wanted to do something to help us out.  He happens to be a manager at Sonic & emailed 16 other managers about us.  They decided to do a food drive for us.


That is 600 employees collecting food for us.

The response was so overwhelming the managers were completely shocked!
Scott got a phone call Friday by the dad (of the kid with the broken phone because of my son) explaining what they had done.  WooHoo!  God is so good!
Today, they brought over the donations.  It literally took 2 pick-up trucks to get it all here!
They filled up my living room with boxes of food & other things.


Then they told us the best news of all!

Oh, I'm just so excited about this part.
They had such an overwhelming response that they didn't even bring us all the food.  They took a lot of it to 2 other families who also needed it.  Is that not cool?

They decided that their Sonic Restaurants would hold a food drive twice a year every year to help families who are in need.  How fantastic is that!?!

All because my son stepped on a cell phone!

I took pics of my living room, but really it doesn't do justice.  I can't fit it all in my pantry, so we have canned items sorted into boxes under my kitchen table.  Crazy huh! 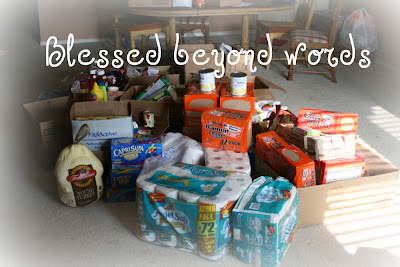 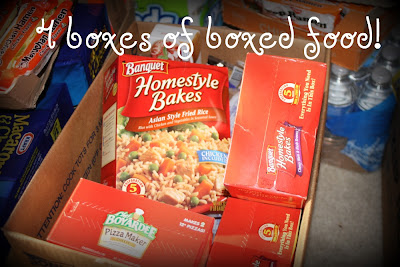 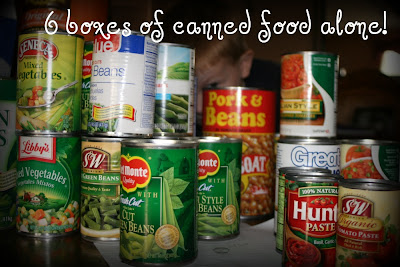 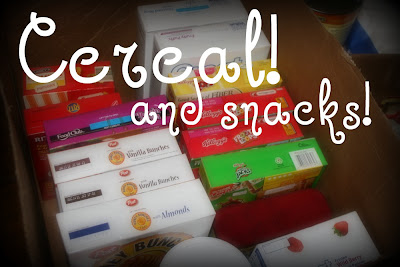 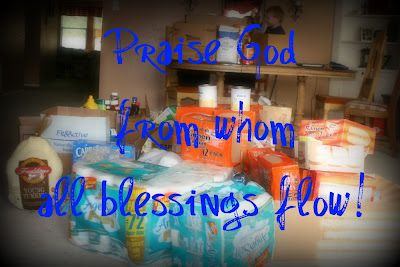 "And we know that for those
who love God all things work together for good,
for those who are called according to his purpose."
Romans 8:28