So, what happens when you leave your broken down car in our driveway too long? 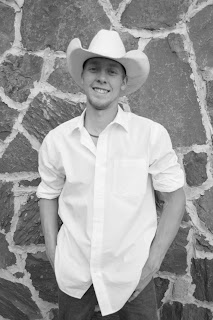 Josh is finding out.

It was a great car.  Here is the story.

Josh worked really hard , saving his money and bought himself a truck.  He had always wanted an older truck and that is what he got.  But, this truck needed constant love and attention and that was beginning to get really expensive. Even though he had a job, he didn't save his money very well so quite often his truck would either run out of gas or just not run because he had spent his paycheck.  This old truck of his was getting on his last nerve.

So, when a friend offered to trade with him he jumped on it.  What did he trade his old truck for?  A 1999 Mustang GT. It was nice. It was fast.  It worked. And best of all, he thought he looked good in it. (Because that is really important to a 19 year old guy)

Life was great until one very rainy night Josh was on his way home (in his car that he looked amazing in), hit a deep water puddle & slid into a curb.  The car died and wouldn't start again.  After a friend helped him tow the car to our house, the next morning Josh saw the damage and realized the motor was shot. His nice car was now a none working car needing a new motor.

Fast forward many months.  The car is still sitting in the driveway.  He talks of getting a new motor but we all know he doesn't have the money.  He talks of selling it, but remember that "friend" he traded with?  He had no title to the car.  He told Josh he would bring it to him, but that never happened.  So, Josh is stuck with a car that he couldn't sell or take to the junk yard.

Then one day while on Facebook he saw a picture of his car & read the status above it that Collin (his younger brother) wrote.

Couldn't get a new motor for the mustang so now I am parting it out. 1999 Ford Mustang GT... NO MOTOR, TRANSMISSION, RADIATOR, BATTERY OR TITLE.. Let me know if there is anything you would like off of this vehicle and I will give you a price quote.

Josh read it again & then it dawned on him. His brother was parting out his car!

So, the lesson is don't leave your broken down car in our driveway too long or a sibling will find a way to make money off of it!

By the way, the car is still sitting in the driveway.  Anyone want to make me a good deal?  Momma needs money for a pedicure!
at Monday, July 15, 2013