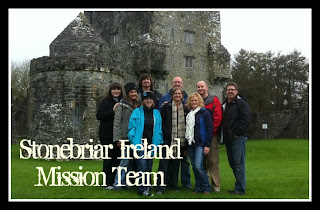 I thought I would update you real quick on my daughter's mission trip to Ireland. She left on OCtober 20th & will return November 1st.  We are getting tidbits of info via Facebook from her & others on the team.

They had a successful Carnival for the community of Galway. It rained, as it usually does, so they hoped for maybe 60 people & instead they had over 100!  They were so excited by the turn out & had a wonderful time.  They brought wigs with them & wore them during the Carnival...crazy Americans! 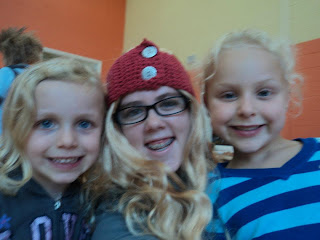 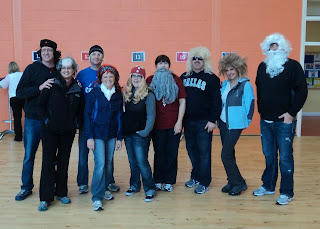 Yesterday they had a chance to take in some of the sights & rest up before they led a marriage conference.  Sarah's role during the conference is to team up with another lady & keep the children occupied by doing different activities & Bible stories with them.

Before they come home they will host a Family conference at an old Irish Manor for the familes of the Galway Church.  They did this last year & had a wonderful turn out.

Soul Whispers at the Kitchen Sink

So many "what if's" going through my mind as we once again approach a critical decision.
Not sure of what to do.
Not sure we should do anything.
Just not sure.

Standing at the kitchen sink the questions & uncertainties begin to overwhelm me.

And he softly whispers to my soul, bringing back the words of a hymn sung a long time ago. I had not thought of this hymn in years, but I began to sing the words softly as if I had just sung it yesterday.

Turn your eyes upon Jesus,
Look full in his wonderful face,
And the things of earth will grow strangely dim
In the light of his glory and grace. 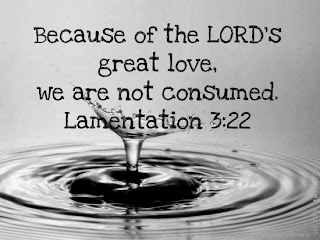 I feel like it has been forever since I posted last, but I know it hasn't really been that long. I don't have a good post for you, it is still in the draft stage, but wanted to explain where I've been.

We are having a baby!

Yep...totally excited & shocked.  God gave us a 5 year break, I thought we were done so I got rid of everything.  Not a smart thing to do, but it is all good.  I'm not worried.

So, I've been really sick.  Can't remember being this sick since my first baby over 20 yrs ago.  I'm just now beginning to feel human again.  I've had 2 days of only feeling exhausted & barely any nausea.

This pregnancy is already totally different than the last ones.  Besides being so sick, my clothes are already too tight & I'm only 11-12 weeks.  Having older teens has been a huge help to keep younger ones fed & running errands & such.

The other good news is that my 19 yr old daughter Sarah is leaving October 20th for Ireland.  If you remember, she went last year & had a wonderful time ministering to the people in Galway with the missions team from our church.  Her money is raised, luggage ready & she can't wait to start packing.

Please keep the team of 12 in your prayers as they lead a retreat & host activities for the community meant to spread the gospel of Christ.  You can see how Sarah is preparing for this trip on her blog. IrelandMission11

I recently read a book that has made a profound impact on me.  The Lord literally laid it in my hands at a time that He knew I desperately needed.  I read it in only 2 days.  It has been a long time since I did that.


The book is called "Evidence Not Seen" by Darlene Deibler Rose.  She was a young missionary wife in New Guinea when WW2 broke out.  She & her husband were captured by Japanese soldiers and held in separate POW camps for 4 years.  Her husband died a year before the war ended so she never saw him again. Her story of those long 4 years in the POW camp is flooded with moment after moment of God's amazing providence in her life.  Time after time he made her difficult path straight, leading her to the exact place, before the exact people and enabled her to say exactly what He wanted her to say. Many times she doubted her faith or ability to continue on, but the sweet voice of the Lord never left her & continued to strengthen her for the next difficult moment. God used her in a mighty way in the lives of the women in the camp and in the life of the Japanese Commander.

But there is a story that has stayed with me. Her testimony is full of many amazing stories, but this one really made an impression deeply in my soul.

This story finds Darlene out of the POW camp temporarily and now in an interrogation facility.  Because she was one of only 3 Americans in the camp & a leader among the women she was accused of being a spy.  She was beaten over & over again during the interrogations.  She had only a bowl of rice porridge to eat once a day, and it often came with worms she had to fight the flies off of to eat. One day she thought about how wonderful it would be to taste a banana.


She writes; I began to crave bananas.  Everything in me wanted one.  I could see them; I could smell them; I could taste them. I got down on my knees and said, "Lord, just one banana."  Then I began to rationalize-how could God possibly get a banana to me through these prison walls? There was more chance of the moon falling out of the sky than of someone bringing me a banana. I bowed my head and prayed again, "Lord there's no one here who could get a banana to me.  There's no way for You to do it.  Please don't think I'm not thankful for the rice porridge,  It's just that-well, those bananas looked so delicious!"
What I needed to do was link my impotence to God's omnipotence, but I couldn't see how God could get a banana to me through those prison walls, even after the knife episode and my healing.


How many times have I been like Darlene and asked God for something and then decided it was just too much for God to provide it. Or I will think that I'm just so unworthy that He will never give it to my anyway. Why would he give me anything I have asked for when I have been so unfaithful and unloving to him?  How many times have I thought my faith to be just too small?

I don't know what all went through Darlene's mind at that moment in her cell, all I know is what she wrote and she is only writing what she remembered.

The next day Darlene was paid a visit from the POW camp commander, Mr. Yamagi- they had become friends after she shared the gospel with him and he trusted Christ.  She was so glad to see him, a familiar face, a friendly face.  Her appearance shocked him because she had been so sick with dysentery and malaria.  He left her cell and had very stern words with the officers and she never saw him again until she returned to the POW camp 3 months later.  But he left her a gift.

Again she writes; I heard the guard coming back and knew he was coming for me. Struggling to my feet, I stood ready to go.  He opened the door, walked in, and with a sweeping gesture laid at my feet-bananas!  "They're yours," he said, "and they're all from Mr.Yamagi."  I sat down in stunned silence and counted them. There were ninety-two bananas!
In all my spiritual experience, I've never known such shame before my Lord.  I pushed the bananas into the corner and wept before Him.  "Lord, forgive me; I'm so ashamed.  I couldn't trust You enough to get even one banana for me.  Just look at them-there are almost a hundred."
In the quiet of the shadowed cell, He answered back within my heart; "That's what I delight to do, the exceeding abundant above anything you ask or think."  I knew in those moments that nothing is impossible to my God.


She was miraculously saved from the blade of the officers 92 days later and sent back to the POW camp for the remainder of the war.

This is a beautiful reminder to me that I can ask the Lord for even those things I think are impossible to have.

Love for that one person it seems easier to hate.

Patience with that child that knows exactly how to set me off.

Forgive the one who continues to hurt.

Now to him who is able to do far more abundantly than all that we ask or think according to the power at work within us, to him be the glory in the church and in Christ Jesus throughout all generations, forever and ever. Amen Ephesians 3:20-21