Several weeks ago, I was drowning in Mom2Mom work. The Spring Tea was coming up & I was having a hard time concentrating because I knew I was stepping down.  The older girls were gone babysitting one day & the little kids were full of energy & I couldn't get anything done. Scott decided to "treat" the kids & instead it was a treat for me.  He loaded up the kids (7 in all), stopped by the store to pick up some water bottles & messy snack food that is perfect for a park & he took them to a park that is near us.  Since it was during school hours, no one was there.  So my gang descended upon this park & left their mark, I'm sure.
My husband is so wonderful!  The kids had fun.  I got a lot done.  And he took some awesome pictures.  Here are just a few to share with you. 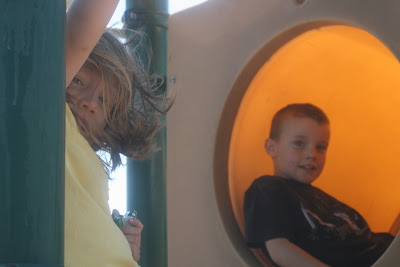 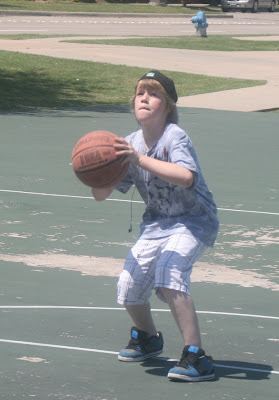 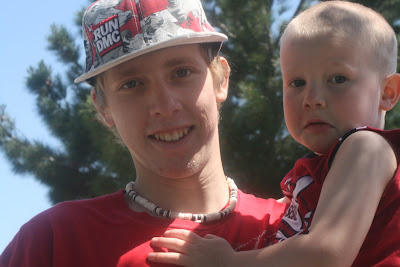 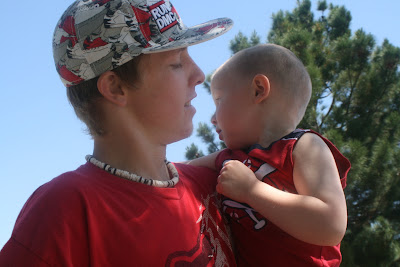 Just gotta say that Josh is a great big brother to Sam.  When we found out we were pregnant, Josh was really upset & didn't think we should have anymore.  Sam was born, looked just like Josh & Josh was hooked.  Sam even acts like Josh when he was that age...a little boy with more energy than his mom. 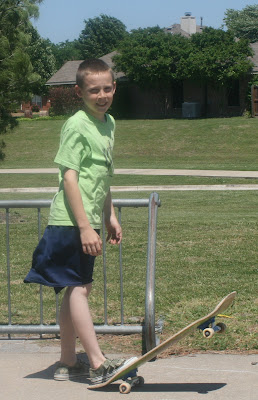 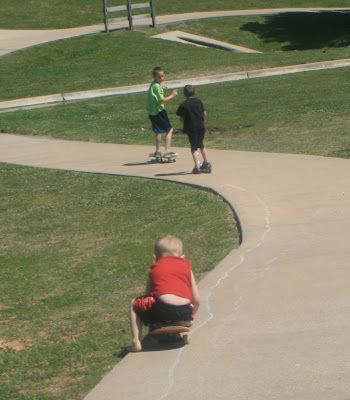 The boys brought their boards...even Sam! 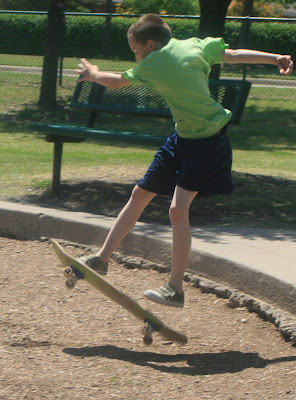 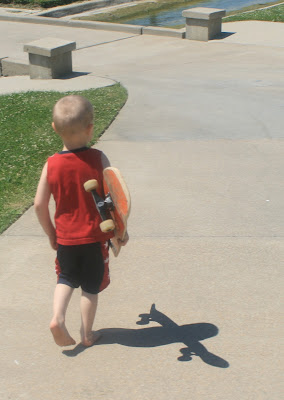 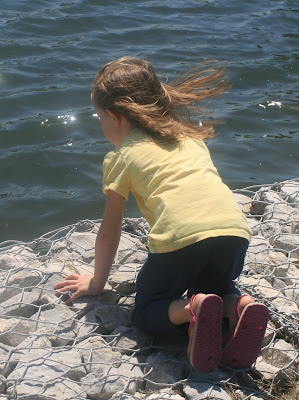 Gracie is watching the fish that are swimming in the polluted water.  Yuck! 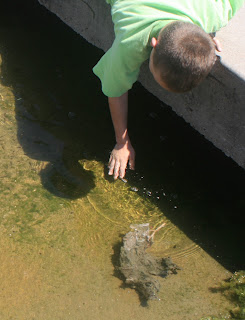 And of course, Ben has to try & catch them by hand. 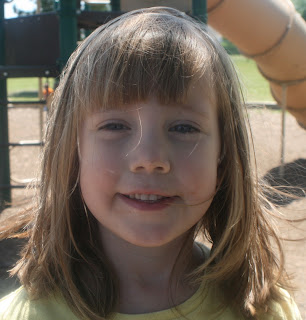 If you look close, I'm sure you can see the remnants of her ice cream sandwich! 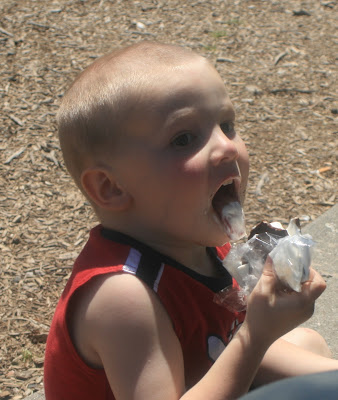