It's all coming back to me now....life with a newborn!

Night time feedings
Diapers
Nursing
Added laundry
Nursing
Being in demand all day
Nursing
Watching the clock...Is he hungry?  Is he tired?

God is so good to give us a new baby during this difficult time of our life.  He knew we needed the joy, excitement & distraction of a new baby.

Charlie's sweet smiles & sweet sounds melt our hearts and make us do crazy things like talk in baby talk & say the same stupid thing or make the same dumb face over & over if it means he will smile at us.

Charlie's birth was nothing like what I thought it would be.  In one of my earlier posts I shared about how "Surrender" seem to be the new theme of my life.  God was (& still is) continually showing me things I needed to surrender or give up to Him.  None of it has been easy because I didn't think any of it was bad or wrong.  If God wants you to give something up & you try to keep it, it becomes sin & you are miserable until you finally give it up.

Charlie's birth was one of those things I had to surrender.  The idea of how it would or should go.  For the past 16 years I have used a midwife for my pregnancies & birthed our babies in our home. I loved it.  It was the normal thing for us to do...to us it was normal.  But this time we couldn't see our midwife & had to use a doctor.  That meant I would have to go to a hospital to have the baby.  I really struggled with this for most of the pregnancy. I knew it was what the Lord wanted, I just didn't like it.  I was unfamiliar with the hospital way of doing things & really didn't want to take that route, but we did.

The night I was in labor & knew we were about to go to the hospital, I already knew things would be different.  I trusted the Lord that we were going to the hospital because that is where I needed to be for some reason.  It didn't take us long to realize why we were there.

My labor started on Monday morning & I timed contractions off & on starting at 6:30 a.m.  Finally by 7:30 p.m. we were heading to the hospital...all 7 of us!  Scott & I and 5 of our teenagers!  I didn't expect them to want to be there, but was glad they were going.  But what a motley crew we were walking into labor & delivery.  2 old parents with their big kids.  All eyes were on us. LOL!

The contractions were so strong before I even got to the hospital I was beginning to think I would want an epidural...I had never had one before.  I know! I know!  10 babies & no epidural...but I never felt that I needed one (for the 5 hospital births I had).  So that was already one thing I was giving up...my idea that I could have this baby without any drugs.  So I got it & it was wonderful!  I was having super duper contractions & could only feel a little pressure.

Then we broke my water.  We have always done this.  I usually have a baby in about an hour of breaking the water & expected that to happen this time too.

Instead, the baby's heartbeat began to show distress.  We were losing him.  We couldn't hear his heartbeat at all!  We had to get him out, but I quit dilating & couldn't push.  I'm thinking at this point..."Lord, don't take my baby!"

The doctor looks at me and says, "Do you understand what we need to do?"  I think I answered, "Get him out now!"  My doctor knew I had never had a c-section & didn't want one unless is was absolutely critical & this was a critical moment.  Every second count.

As the tears began to flow from my eyes the nurses were tossing stuff on my bed & pushing me out of the room really fast.  I looked over & got a quick glance at Scott as he assured me everything would be ok.  I clung to that & began to pray and ask God to protect my baby & me.

Charlie was born fast.  Thankfully, since I got that epidural (I thought I would never have) they were able to deliver Charlie quickly. Most of what happen is a big blur until I heard the most wonderful sound ever...Charles Aiden crying. The room was full of Charlie's cries & to me it was the most wonderful sound ever!  Once they knew he was fine, they took him to my room  where Scott & Ashley were waiting.  Scott never even had a chance to get his scrubs on & be with me, so he was there when they brought in Charlie. 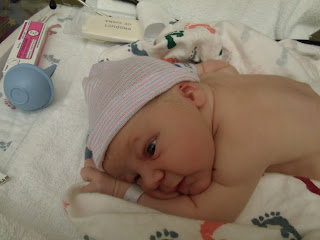 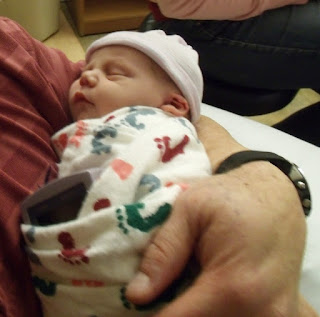 As the doctor began to close me up he ran into a problem.  I was hemorrhaging.  It took 2 hours for the doctor to get all the bleeding to stop & I didn't need to be given a blood transfusion.  I'm very thankful for the doctor God gave me, he did very good work!  For 2 hours though my family didn't know what was going on and why it was taking so long for me to come back to the room.  The doctor was so good to explain things to them & assure them I was going to be just fine...and I am!


I stayed in the hospital for 4 days & went "home" to my in-laws house where Scott & I had stayed the last 2 weeks of the pregnancy.  The recovery was much more difficult than I expected it to be, but I am doing well now...almost 7 weeks later.  I still don't feel 100% but I'm getting there. 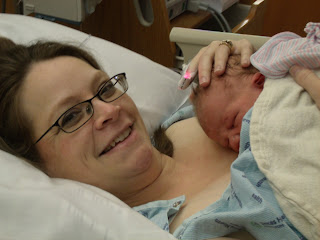 Looking back I see how the Lord used circumstances that I didn't understand to set the stage for an outcome I didn't expect.


I won't go over all of the "what if's".  God could have worked this out anyway he wanted.

Or maybe we would.  Doesn't matter.  This is the way God wanted it to happen & I'm thankful that He brought me to a place where I could surrender my plans & idea's so that I could experience Him in such a wonderful way!