Stress-free Mom is a Happy Mom

Then we moved.  All of that went away.  I could have created new chore charts and school schedules, but I thought we would move again soon so I just put it off.  Here we are 17 months later and still living with Scott’s parents.  I thought it was time to get things back in order, or I knew I would lose my mind (what is left of it).

Our 5 oldest are 17 to 21 years old.  The oldest 2 don’t live with us, so that leaves the 17, 18 & 19 year olds here.  They are super busy with work and school and it is really hard to keep up with their schedule’s.  So, I found out about a free app for our phones that has become an easy way to keep up with them. 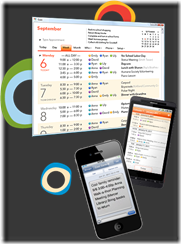 COZY.com  This has been a huge help.  We use the calendar more than anything else & I don’t pay for it so keeps it simple too.  We have one login so everyone can easily add their schedules in.  They can install the app on their phone & it will send them reminders.  I even have a widget on my laptop desktop so when I turn my computer on in the morning I see who has what going on.  LIFESAVER!  Of course this requires they actually put their work schedules in the calendar & often my sons can’t  do that because… well….they are boys & that would be too difficult to actually type numbers and letters that are not directed towards a friend or girl ((insert sarcasm)).  But my daughter has it down & she is like me…needs an updated calendar to survive.

Now I have the older ones under control (can you hear me laughing?) I decided it was time to get chores going again.  My kids were becoming quite accustom to not helping around the house again & I just couldn’t have that.  So, Scott & I decided to not just bring back the chores, but also a small allowance to help motivate.  We have been against this in the past, but he has ulterior motives.  He is also teaching them how to save their money & designate it for different things.  Dave Ramsey has some awesome methods that we have followed for years & we want our younger ones to learn how to use them now just like our older kids do.

So, as I am making yet, another chore chart & find on Pinterest the most amazing thing!  Another smarter & more creative mom than I, printed her list of chores on magnetic paper! 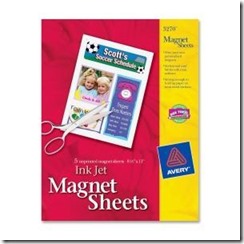 This brilliant mom printed the chores out on the magnetic paper & then posted them on the frig.  EAch child had their own list & as they did a chore they simply moved it down the list. So easy & so amazing how my kids feel accomplished when they can move those chores down & see the list of “Chores to do” grow smaller. As their list of “Already Done” chores grows so does their allowance. 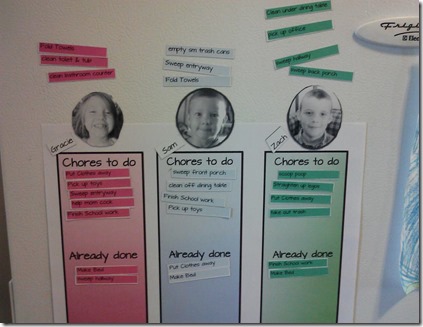 I printed out a page with the 3 colored columns.  I laminated it, but the magnets weren’t strong enough to hold so I had to print another one that wasn’t laminated. The only thing that was not magnetic was the paper they put the chores on.  They liked having a picture of themselves over their chores too.

The next thing I did was write up menus for meals.  I had done this before, but didn’t stick to it.  This time, since I am not the only one cooking, I didn’t assign meals for specific days.  I just made a list of possible meals for the week & then bought the food needed to make those meals. If the recipe was new I printed it out at the beginning of the week.  That way, when my mother-in-law is getting ready to make lunch (because that is the meal she always makes so I can do school with the kids.  Isn’t she wonderful?!) She just has to look at the list of meals & see what she wants to make.  We work together on this.  She & I both plan out the meals and even though I do most of the grocery shopping she often fills in the gaps of what I forget to buy.  I am living the dream!

Such simple things have helped to bring the early beginnings of order & routine back to my day.  We are finishing up school for the year so I will get to establish a whole new routine once school isn’t part of our day. (kids jumping for joy!)

Charlie is finally into a routine of 2 naps a day and going down on his own in his bed. Yipee!!  This helps so much!  Now if I could just get him to sleep all night, my life would be perfect!

You may not need routine as badly as I do, but I’m always so amazed at how even the smallest bit of routine can ease so much of my stress.  And we all know that a stress-free mom is a happy mom!